I am thrilled to have Katja Gaskell from Globetotting sharing her experience with the Mexican festival of Día de Muertos (Day of the Dead). I love her site and if you haven’t checked it out, head over there now to see where they are headed on their latest adventure. We have always encouraged our children to learn about other cultures, and one of the easiest ways to do this is through teaching them about traditions, foods, and holiday celebrations. Hopefully, you’ll use this to start a conversation with your kids about celebrations around the world or use it to educate yourself about another culture. 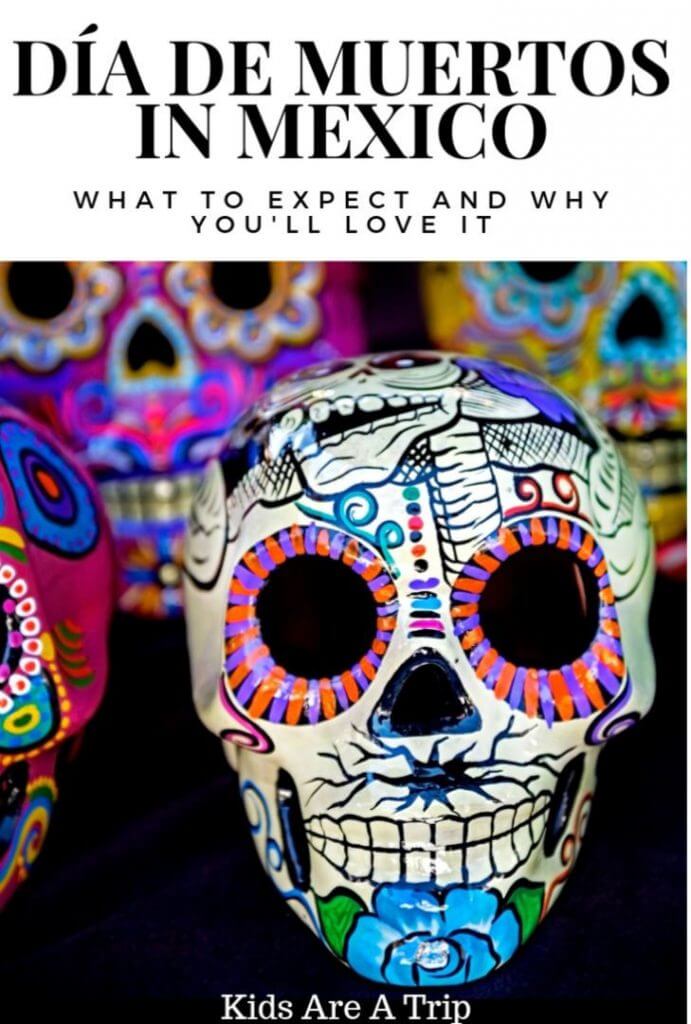 Mexico’s most famous festival Día de Muertos (Day of the Dead in Spanish) is today known around the world. Characterized by gangly skeletons, Day of the Dead sugar skulls and bright orange marigolds, this annual celebration of the dead is vibrant and colorful. It’s also a very moving holiday, when friends and families gather together to remember loved ones who have passed away.

What is Día de Muertos?

The Day of the Dead festival dates back to pre-Hispanic times when the Aztecs would dedicate one month every summer to the goddess Mictecacihuatl, the Queen of the Underworld. When the Spanish arrived in Mexico they discovered a people who, rather than fear and mourn death, celebrated it instead by dancing in honor of their deceased loved ones. Unlike the conquistadoras who saw death as the end of life, the Aztecs regarded it as the continuation of life. Today, the popular belief remains that over this holiday period, the deceased have permission to visit friends and relatives on earth and once again enjoy that which they did when they were alive. 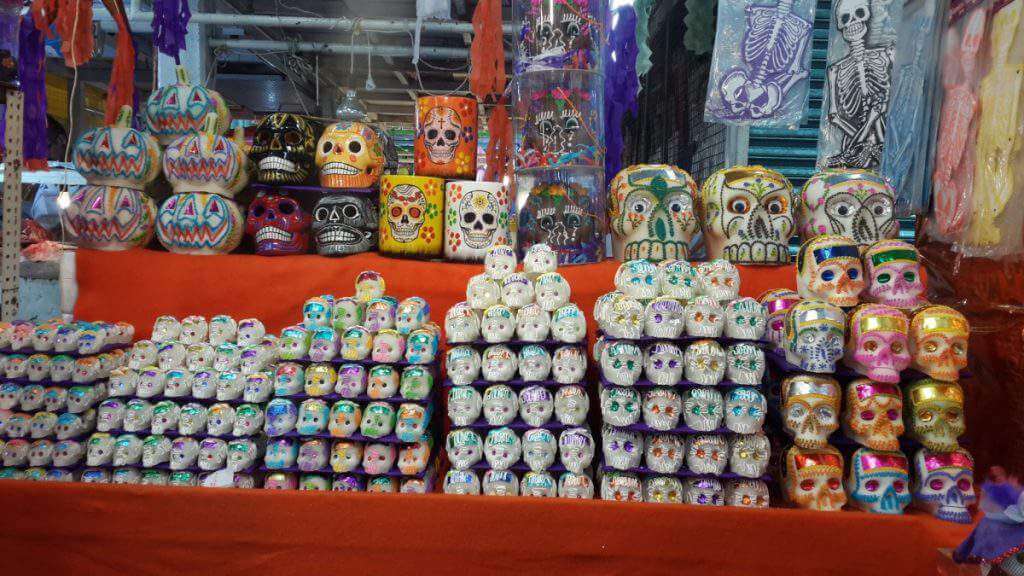 When is Dia de los Muertos?

Despite the Spaniards best attempts to quash what they saw as a pagan ritual, the traditional Mexican beliefs and customs associated with death were gradually incorporated into the Roman Catholic calendar and today Día de Muertos coincides with All Saints Day and All Souls’ Day.

The holiday officially runs over three days, starting at midnight on October 31. Traditionally November 1 is for remembering children who have died and November 2 is in remembrance of deceased adults. In reality, however, families are often preparing in the weeks leading up to the start of the celebrations.

How do people celebrate Day of the Dead?

Every region in Mexico has its own customs and traditions associated with Día de Muertos but the common theme is one of honoring and remembering loved ones who have died.

Traditions remain particularly authentic in small towns and villages where families will visit cemeteries to decorate the graves of their relatives with orange cempasuchils (Mexican Marigolds) and candles. Traditionally families would leave flower petals and candles along a path from the cemetery to their house so that the spirits would find their way home. Families will often spend the night at the cemetery and bring foods that their loved ones enjoyed, and maybe even a bottle of tequila or two. 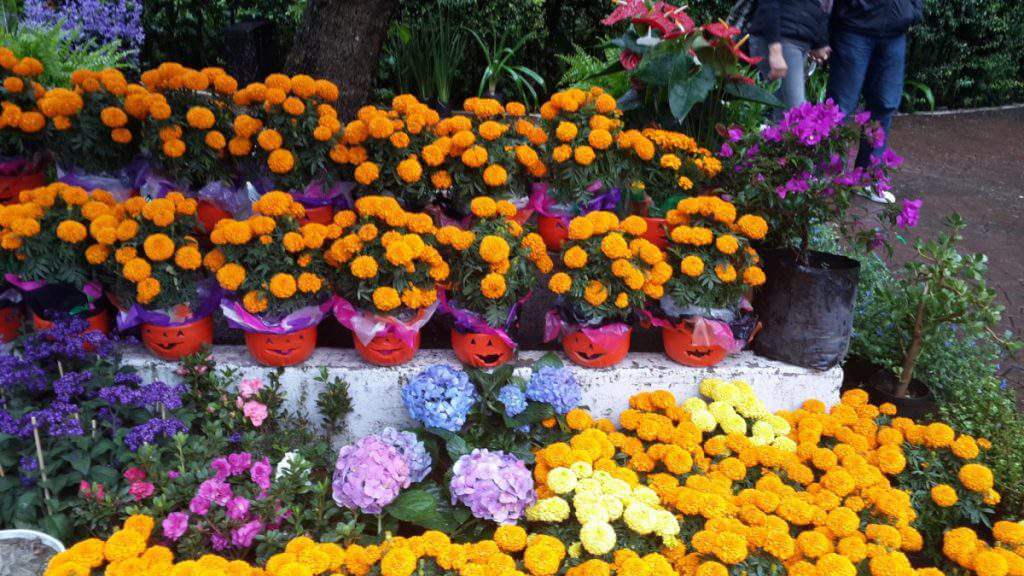 In cities families create ofrendas (altars) in their homes in memory of their loved ones. These ofrendas are each different and personal but are often decorated with cempasuchils, photos of the deceased, brightly colored papel picado (delicate paper cut outs) and favorite foods of their loved ones. Miniature ceramic figures of food or hobbies that the dead might have enjoyed are placed on the altar as well.

It’s not uncommon to see ofrendas in many places in the weeks leading up to Día de Muertos. Even schools often create an altar, not necessarily in memory of a particular person, but to honour the holiday.

There are numerous symbols associated with Día de Muertos, each steeped in meaning. These Day of the Dead decorations can be found in local shops and stands.

Some of the more popular images include the calaveras, the decorative sugar skulls topped with colored icing. These hark back to pre-Hispanic times when skulls were commonly kept as trophies after battle and put on display during religious ceremonies. Today you’ll find sugar skulls for sale everywhere in the lead up to the holiday. They can sometimes be eaten but their main purpose is to decorate the altars. Chocolate ones are also available and these can definitely be eaten!

The most famous symbol of Día de Muertos is La Catrina an elegant female skeleton usually seen wearing a long dress and an ornate feathered hat. She has come to represent death in Mexican culture. 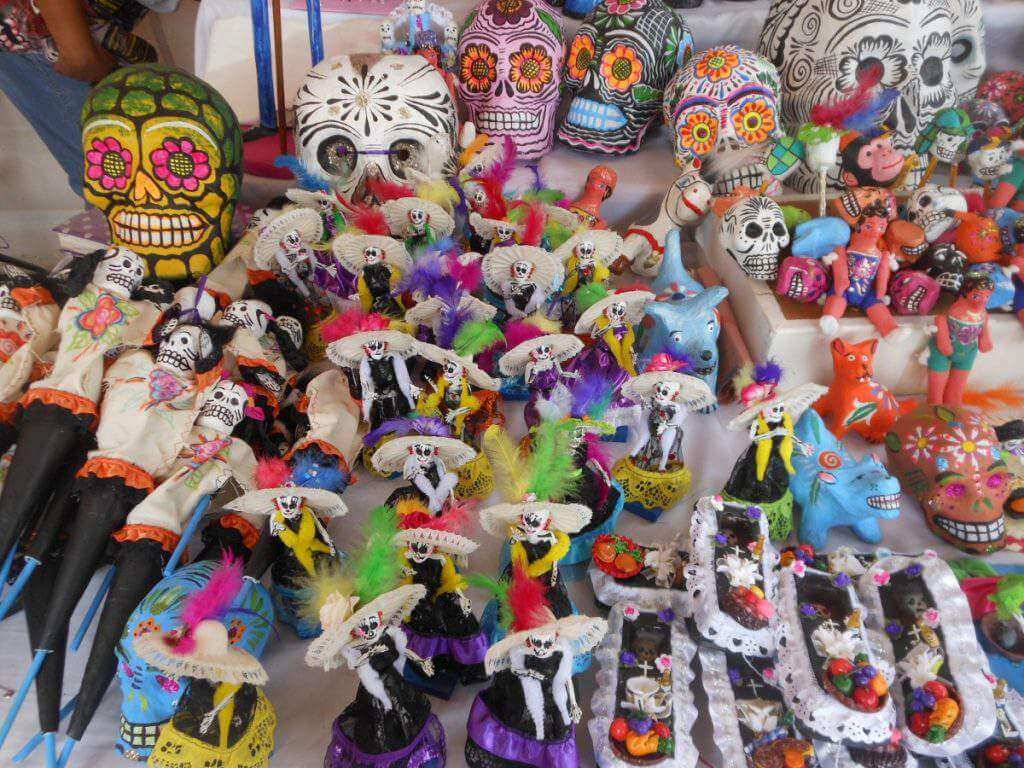 The color of the cempasuchils is thought to represent the colour of the Sun. The Aztecs believed that the sun would guide the dead souls along the correct path. Today cempasuchils are literally everywhere in Mexico throughout the month of October.

Wherever you might be in Mexico over the course of Día de Muertos, you will see evidence of the festival. It’s a time of remembrance and a way of honouring those who have passed; a celebration of life that we could all possibly learn something from.

Where to Stay in Mexico City for Day of the Dead

How about Ignacia Guest House, an eco-friendly bed and breakfast in the Colonia Roma neighborhood? Families with children aged 12 and above will enjoy this lovely accommodation where Day of the Dead is a big celebration. Guests can enjoy a variety of Day of the Dead experiences including a “calaverita” (skull shaped candy), traditional Pan de Muertos or “bread of the dead”, a calabaza en tacha (Dia de los Muertos candied pumpkin), and festive happy hour cocktails with flavors of anise and pumpkin to celebrate the season.

Many of the resorts in Mexico also have their own Dia de los Muertos celebrations, so come prepared if you plan to travel during this time. And don’t miss our post Things to Do in Mexico City with Kids to help plan a visit! 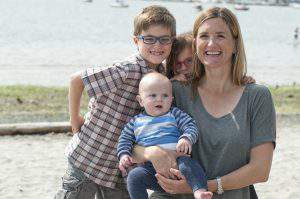 Katja is the co-founder of Globetotting, a website for adventurous family travel. She is a firm believer that you can – and should! – take your children everywhere and anywhere no matter what age they are. Prior to life on the road with kids, Katja wrote across a range of titles for Lonely Planet and tried and tested luxury hotels for the British boutique hotel guide Mr & Mrs Smith. She is currently based in London with her husband and three children. 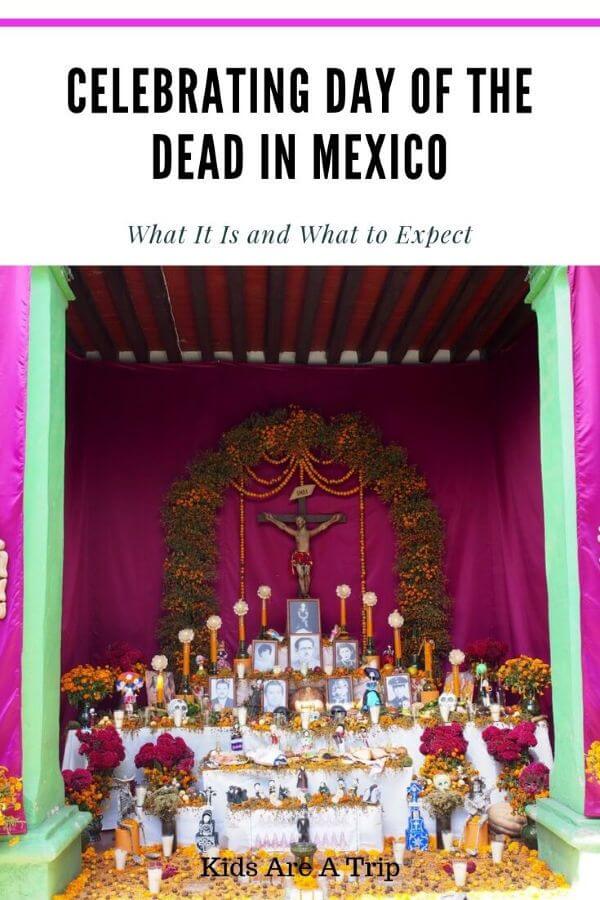 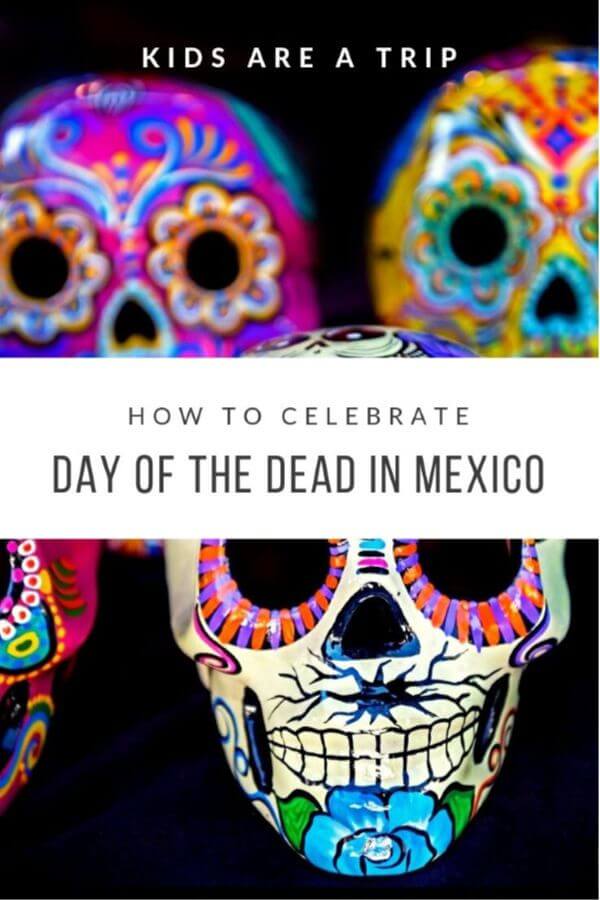