Three Kings Day in Spain and many other parts of the world is celebrated on January 6th to mark the day on the Christian calendar when the magi brought gifts to the baby Jesus. Today I am thrilled to have Laura from Mommy Maleta sharing the traditions of Spain for this look at Holiday Celebrations Around the World. 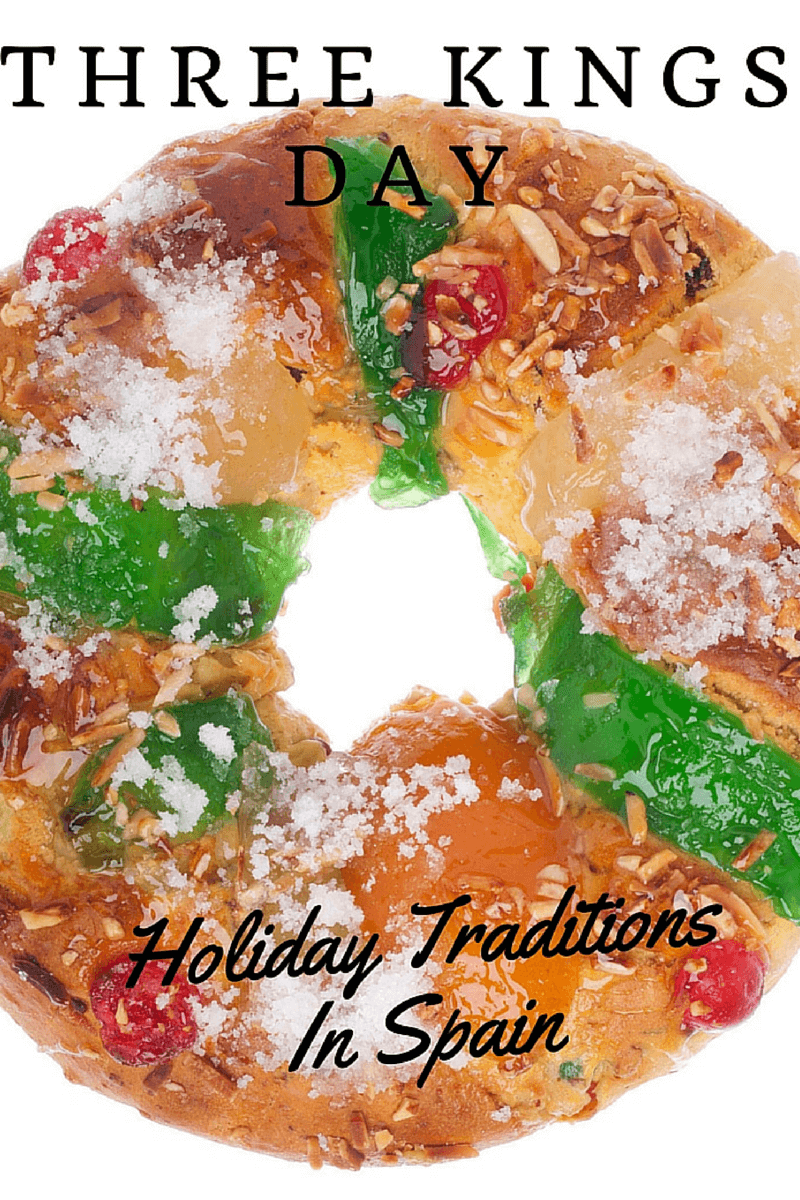 Which do you prefer: Christmas Eve or Christmas Day? Let’s face it. For most of us it depends on which day we open the most presents. In Spain, gifts are commonly opened on a holiday called Three Kings Day, making this holiday top the charts on the Iberian Peninsula.

Don’t know much about Three Kings Day? You’re not alone. Many moons ago I lived in southern Spain in a beautiful city called Granada. But prior to that, I had no knowledge of the wonderful holiday that is celebrated in January.

So I’m writing this ultimate guide just for you. After all, if you end up moving to Spain someday like I did, I definitely want you in the know. Plus, there is a tradition that just might declare you royalty. You don’t want to be left out of that.

When Is Three Kings Day?

What Is Three Kings Day?

You probably know more about Three Kings Day than you realize thanks to the partridge in the pear tree and five golden rings. The Twelve Days Of Christmas begin on Christmas Day and end on January 6th. This final day of Christmas is called the Feast of the Epiphany or The Adoration of The Magi.

And who are the Magi? They are the three kings who followed the star to Bethlehem in search of baby Jesus. In Spain, their journey is remembered in processions (a bit like a parade) that take place around dusk throughout the country in urban centers.

How Is Three Kings Day Celebrated?

On the evening of January 5th, the three elaborately dressed kings, Melchor, Gaspar, and Baltasar, make appearances throughout Spain. Following routes through the main city plazas, the kings ride trucks, trailers, or floats (depending on the region) tossing candy to children as they ride by. Traditionally, children then return home and leave their shoes out in hopes of finding them filled with gifts the following morning.

Is There A Three Kings Day Cake?

No celebration would be complete without cake, right? You’ll be relieved to hear that Three Kings Day is no exception. The morning of January 6th families throughout Spain dig in to a Roscón De Reyes (Three Kings Cake) for breakfast.

A roscón is a large donut shaped cake or sweet bread. The Roscón De Reyes is filled with cream and topped with sugar and candied fruits. The best part of the cake, however, lies somewhere amidst the cream…

Besides biting into the cream filling, you could find yourself chomping down on a small prize wrapped in paper. This is a good thing. It means you are the king or queen for the day. That’s also why purchased cakes come with a paper crown.

On the other hand, you might discover a bean hiding in your slice of cake. This is not a good thing. It means you will be using your Euros to buy the next year’s cake. Unlucky.

The celebration does not end after breakfast. Many families spend the rest of the day together eating special meals and exchanging gifts. It’s not unlike the way Christmas is celebrated throughout the United States.

Some families in Spain celebrate both Christmas Day and Three Kings Day with gifts. As older traditions mesh with more modern ones, some children receive half of their gifts on Christmas and the rest on Three Kings Day. In either case, Three Kings Day remains a very important celebration throughout Spain.

If you’re heading to Spain for the holidays, be sure to check out this winter packing list for Spain.

Read about our recipes from around the world to make with kids and our other Holiday Celebrations Around the World including: Australia, Japan, Germany, and Catalunya, Spain.

Mommy Maleta (mah-lay-tah) is a world traveling mother of 3 who can be found on tennis courts, soccer fields, sipping coffee with friends, reading in comfy corners, and delivering backpacks and other goodies to children in Nicaragua. She explores the world one suitcase at at time on her blog by choosing countries alphabetically. She then spends 4 weeks on each country teaching world geography and culture.