Have you ever wondered what it would be like to celebrate Christmas in Japan? It’s probably similar and different than what you would expect. In this week’s Holiday Celebrations Around the World series, Caleb from Kids Travel Japan is sharing the history and traditions of this country. I was definitely surprised by some of their traditions and I’m guessing you might be too. 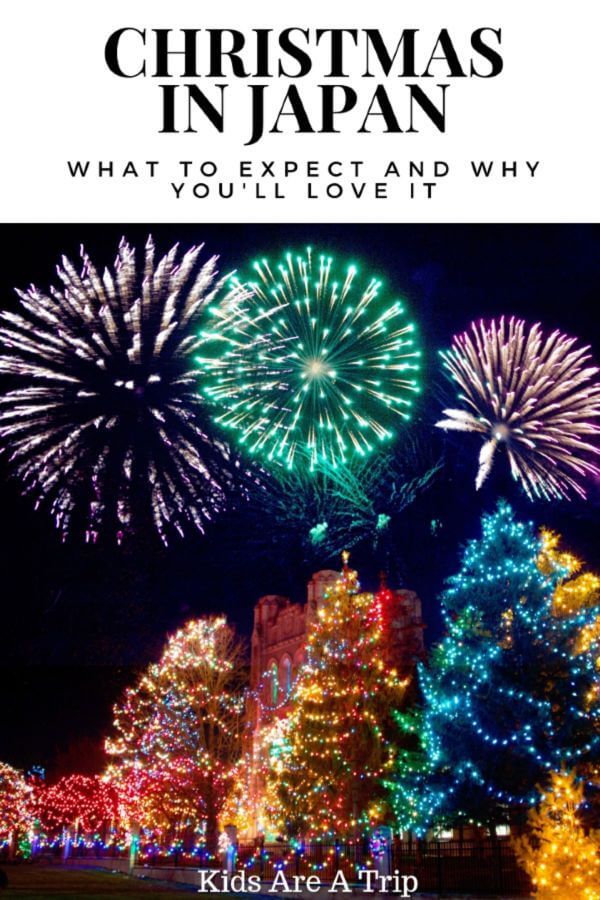 With the exception of New Year, Christmas is perhaps the most celebrated holiday on earth. The Western world has truly spread this December holiday to the ends of the earth and Japan is no exception.

However, because Japan doesn’t have a thick and deep history of Christianity, the Japanese adore this celebration in their own unique way.

How Christmas arrived in the Land of the Rising Sun

Less than 1% of the Japanese population is Christian. So why do Japanese, who are predominantly Shintoists and Buddhists, celebrate this Christian holiday? Despite Japan’s extensive history with Shinto and Buddhism, most Japanese aren’t active practitioners of these religions and religious topics are hardly ever brought up.

Christianity was introduced to Japan in the 1500s, but it didn’t gain traction until after World War II.

Embracing Christianity was a way for Japan, not to fill a religious hole, but because Japan wanted to Westernize itself after having brought its economy to ruins post war. During the occupation of U.S. soldiers in Japan, the Japanese admired American wealth and they eagerly embraced the American Dream. The goal of revitalized economic prosperity emboldened them to adopt Christmas.

One step into suburban Japanese cities and you will be overwhelmed with Christmas lights and decorations, Santa Claus, Christmas colors of red, white and green, and reindeer.

However, above everything else, Japanese view Christmas as a holiday of romance. In fact, Westerners may even associate what Japanese do on Christmas Eve with Valentine’s Day celebrated in the U.S. and the U.K.

On Christmas Eve, couples dress up and flock to high class restaurants to enjoy a romantic dinner together during which luxury gifts such as jewelry, watches, and designer accessories are exchanged. Reserving a table well in advance is a must as most restaurants considered romantic become fully booked ahead of Christmas Eve. Before or after dinner, couples around the country head out to seasonal Christmas light displays held in parks, gardens, and department stores. 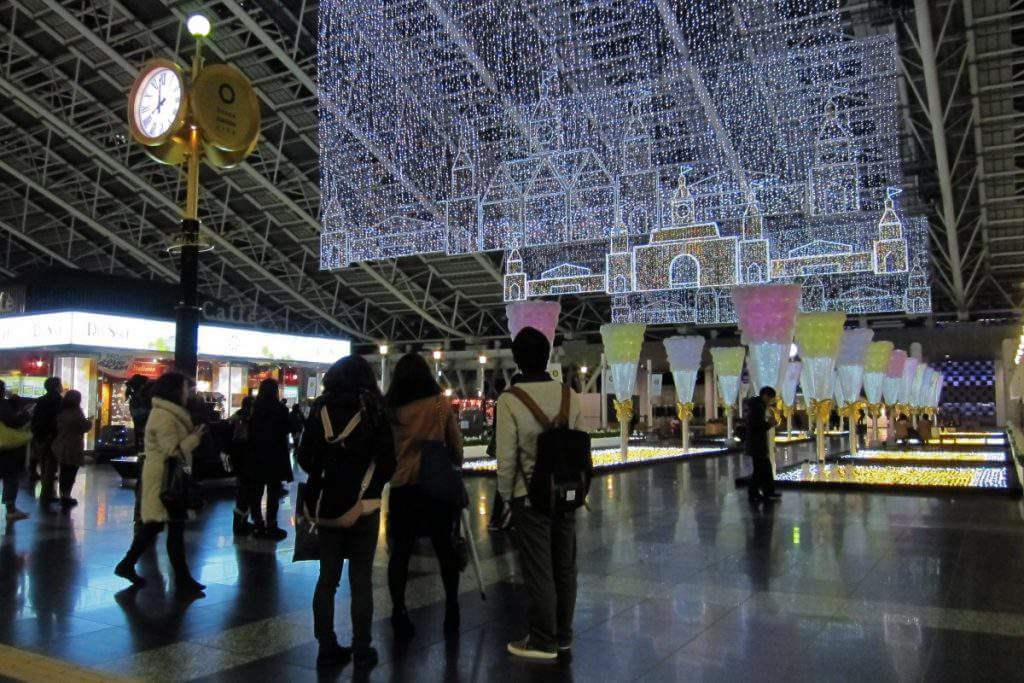 Neither Christmas Eve nor Christmas Day are national holidays so if either fall on a weekday, Japanese couples get back to the daily grind after a dazzling and romantic night out.

Christmas Cake in Japan is a sponge cake decorated with whipped cream, edible Christmas decorations, and strawberries either on top or inside. Christmas Cake became synonymous with Celebrating Christmas in Japan after World War II. Food commodities such as sugar, butter, and milk were reserved for only the elite and rich during post-war Japan. However, once the small island nation became an economic global powerhouse, these luxuries became available to the common man and the Japanese viewed Christmas Cake, a dessert which requires the aforementioned three ingredients, as a sign of rags to riches for all Japan. Coincidentally, Christmas colors in Western countries include white and red, the very same colors of the Japanese flag. Thus, adopting Christmas Cake as a symbol of economic and national prosperity was a no-brainer. 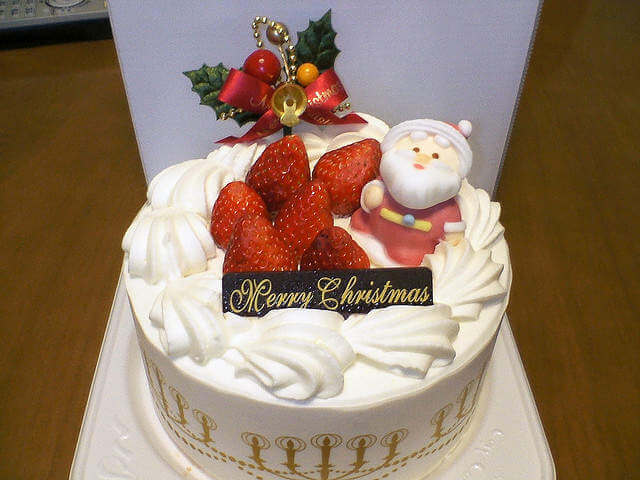 In the case fried chicken is store bought, it’s almost always purchased at KFC. This global fast food corporation has done a swell job of commercializing Christmas here and it’s become engrained into the Japanese diet in the weeks leading up to Christmas Day. This KFC craze came about from a successful marketing campaign in 1974 and KFC enjoys its lion’s share of profits in Japan during December.

But watch out because orders must be made by December 18th, otherwise you may be “fried chickenless” the week of Christmas. “Christmas dinners” including fried chicken, salad, and a simple cake can be made to take out or to be eaten at KFC. Couples on a budget can even be seen having a Christmas dinner at KFC locations. 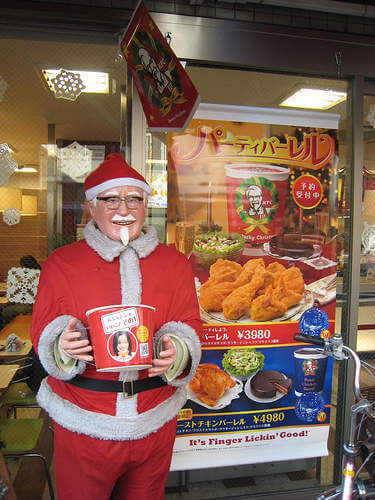 After families enjoy their Christmas dinner and the young children fall asleep, parents place gifts above the pillows of the sleeping children so when they awaken on Christmas Day, all they have to do is turn around to uncover their Christmas gifts.

Large Christmas trees can be found all throughout large cities but Japanese homes are much too small to even accommodate small trees. Thus, Japanese place mini Christmas trees on a visible tabletop in the home, though these compact trees are too tiny for gifts to be placed underneath, hence the need for “Japanese Santa” to place gifts above the pillows of sleeping children. This is a fun and unique way of celebrating Christmas in Japan during your visit. 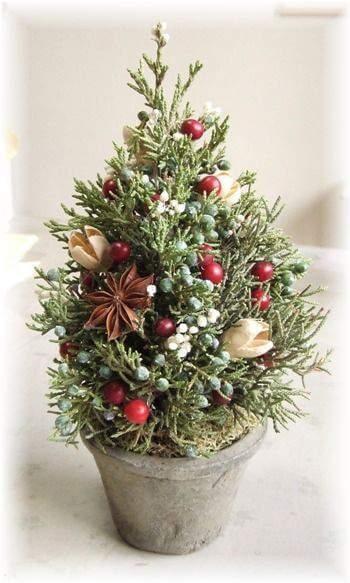 Westerners may feel Japan lacks the “spirit of giving”, something so palpable in the U.K. and the U.S.. However, Japanese make up for this during New Year celebrations in which extended families gather, eat traditional Japanese food, pray at Japanese shrines, and send cards thanking friends and family for support and friendship during the entire past year. 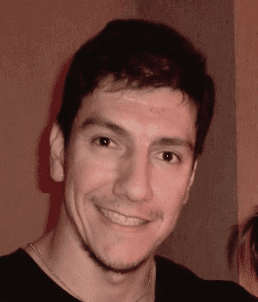 Caleb Parsons is a California native teaching English in Osaka, Japan and the founder of Kids Travel Japan, a program that creates cultural exchange events which bring together international families touring Japan and local Japanese families.

Don’t miss our other holiday posts, including Celebrations in Australia and Hogmanay in Scotland