Every February many Asian countries celebrate the arrival of the Lunar New Year, so it seems an appropriate time to share our favorite books that inspire travel to China. The Chinese New Year is an important holiday and is often celebrated not only in China, but in other parts of the world. There are book choices for all ages, so whether you are reading for education purposes, leisure,  or preparing for an upcoming trip, hopefully you will find something you enjoy and inspires you to travel. 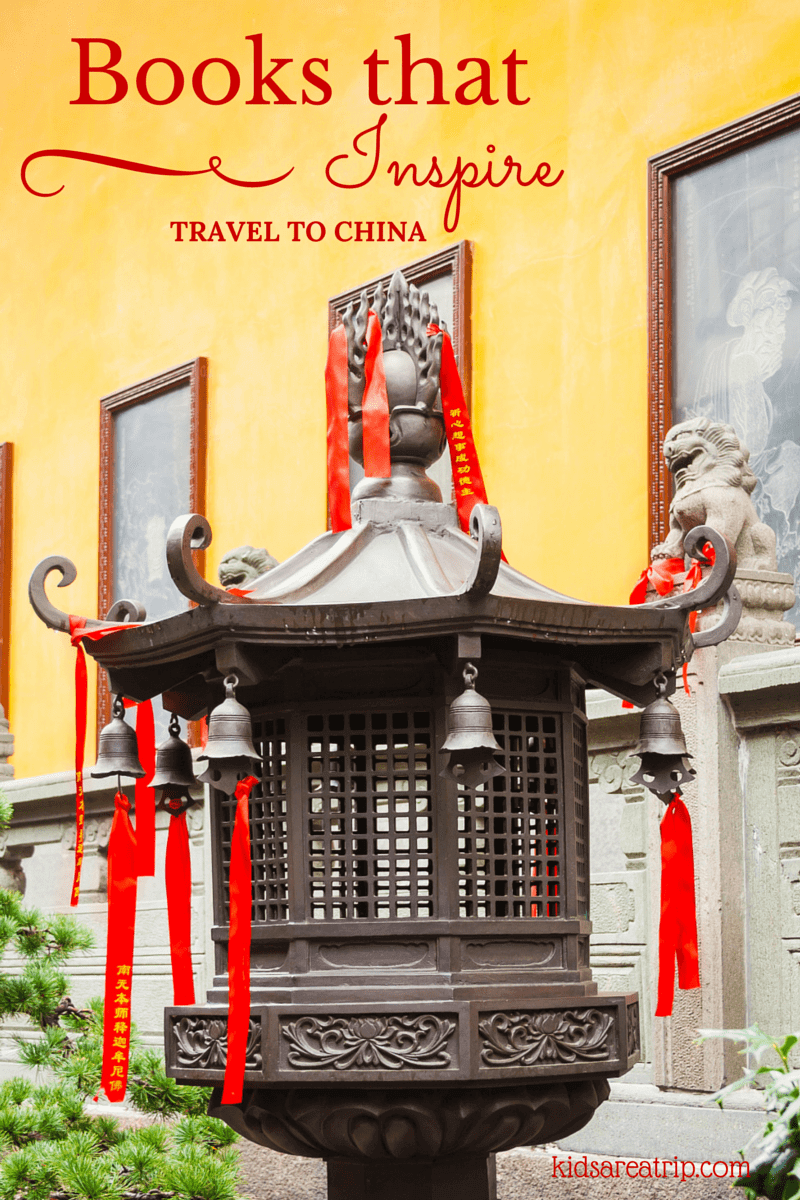 The Empty Pot by Demi

When the Chinese emperor proclaims that his successor will be the child who grows the most beautiful flowers from the seeds the emperor distributes, Ping is overjoyed. Like the emperor, he loves flowers and anything he plants bursts into bloom. But the emperor’s seed will not grow and Ping goes before the emperor carrying only his empty pot. The emperor ignores the beautiful blossoms brought by the other children and chooses Ping. This simple story with its clear moral is illustrated with beautiful paintings.

The Pandas and Their Chopsticks: and Other Animal Stories by Demi

Eating bamboo shoots with chopsticks three feet long? Impossible, you say. Not if you are a playful panda and learn to share and work together with your friends! Demi brings ten fables to life with her wonderful storytelling and beautiful illustrations.

Toddlers will enjoy this festive lift-the-flap book as they explore different Chinese New Year activities. They will explore an outdoor market, learn about the lucky red envelopes, and see the spectacular New Year’s parade, all through the colorful pages of this book. Little ones will love this!

Chinese New Year is a time of new beginnings. In this book a little girl learns how to welcome the coming year and experience all the festivities surrounding it. Karen Katz’s warm and lively introduction to a special holiday will make even the youngest child want to start a Chinese New Year tradition!

The seven brothers walk, talk, and look alike, but each has his own special power. When the third brother runs afoul of the emperor and is sentenced to be beheaded, the fourth brother, who has bones of iron, takes his place. The emperor then tries drowning and burning but each time a different brother foils his scheme. Mahy retells this traditional Chinese tale in graceful, witty prose.

Sam and the Lucky Monkey by Karen Chinn

Sam can hardly wait to go shopping with his mom. It’s Chinese New Year’s day and his grandparents have given him the traditional gift of lucky money. This year Sam is finally old enough to spend it any way he chooses. Best of all, he gets to spend his lucky money in his favorite place — Chinatown!

Welcome to China takes readers on a whirlwind tour of the world’s biggest country, taking a look at its people, its landscape, its culture, and how all of these are changing with the times.

In this book, the Magic Tree House transports Jack and Annie to ancient China. There, a powerful emperor called the Dragon King has ordered that all books be burned. Will Jack and Annie be able to save at least one book? Or will they be captured by the emperor’s soldiers?

This is the non-fiction companion book to Day of the Dragon-King. The main characters of the Magic Tree House series, Jack and Annie, track the facts about Chinese history and culture.

Filled with delectable recipes, hands-on family activities, and traditional tales to read aloud, this extraordinary collection will inspire families everywhere to re-create the magic of Chinese holidays in their own homes.

Where the Mountain Meets the Moon by Grace Lin

In the valley of Fruitless Mountain, a young girl named Minli lives in a hut with her parents. In the evenings, her father shares old folktales of the Jade Dragon and the Old Man on the Moon. Inspired by these stories, Minli sets off on an extraordinary journey to find the Old Man on the Moon to ask him how she can change her family’s fortune. A 2010 Newbery Honor award recipient.

Not for Parents China: Everything You Wanted to Know by Lonely Planet

I love the idea behind these books. From the Amazon website: This is not a guidebook. And it is definitely ‘not-for-parents.’ It is the real, inside story about one of the world’s most exciting countries – China. You’ll find acrobats, fighting crickets, futuristic buildings and some seriously weird snacks. What kid wouldn’t love this book?

Twelve-year-old Fu and his temple brothers don’t know who their parents were. Raised by their grandmaster, they think of their temple as their home and their “temple brothers” as their family. Then one terrible night, the temple is destroyed. Fu and his brothers are the only survivors. Charged by their grandmaster to uncover the secrets of their past, the five flee into the countryside and go their separate ways.

In the time of the Han Dynasty in ancient China, the last remaining dragon is in danger of being killed by the cruel Emperor. An orphan with no past and an uncertain future becomes his unlikely ally. The young orphan soon discovers that it is her destiny to protect the aging dragon and his mysterious purple stone. Chased by an evil dragon hunter and a powerful sorcerer, their adventure is not easy.  Each must learn to help and understand the other if they are to survive.

Athletic and strong willed, Princess Emmajin’s determined to do what no woman has done before: become a warrior in the army of her grandfather, the Great Khan Khubilai. In the Mongol world the only way to achieve respect is to show bravery and win glory on the battlefield. The last thing she wants is distraction. Emmajin gets to know Marco Polo as they travel across 13th-century China, hunting ‘dragons’ and fighting elephant-back warriors. Now she faces a different battle as she struggles with her attraction towards Marco and her incredible goal of winning fame as a soldier.

Young Peony is sold into a rich Chinese household as a bondmaid — an awkward role in which she is more than a servant, but less than a daughter. As she grows into a lovely young woman, Peony falls in love with the family’s only son. However, tradition forbids them to wed. Based on true events in China over a century ago.

An unusual window on the female experience in the modern world, and an inspiring tale of courage and love, Jung Chang describes the extraordinary lives and experiences of her family members.  As the story of each generation unfolds, Chang captures in gripping, moving—and ultimately uplifting—detail the cycles of violent drama visited on her own family and millions of others caught in the whirlwind of history.

The fascinating story of a young concubine who becomes China’s last empress. Min introduces the beautiful Tzu Hsi, known as Orchid, and weaves an epic of a country girl who seized power through seduction, murder, and endless intrigue. When China is threatened by enemies, she alone seems capable of holding the country together.

Snow Flower and the Secret Fan by Lisa See

In nineteenth-century China, a girl named Lily, at the tender age of seven, is paired with a laotong, an “old same,” in an emotional match that will last a lifetime. The laotong, Snow Flower, introduces herself by sending Lily a silk fan on which she’s written a poem in nu shu, a unique language that Chinese women created in order to communicate in secret, away from the influence of men. As the years pass they send messages on the fan and compose stories on handkerchiefs, reaching out of isolation to share their hopes, dreams, and accomplishments. Together they endure the agony of footbinding and reflect upon their arranged marriages, their loneliness, and the joys and tragedies of motherhood. One of my favorite reads of all time.

Vastly more progressive than his European or Asian counterparts, Genghis Khan abolished torture, granted universal religious freedom, and smashed feudal systems of aristocratic privilege. From the story of his rise through the tribal culture to the explosion of civilization that the Mongol Empire unleashed, this work is nothing less than the epic story of how the modern world was made.

We are a participant in the Amazon Services LLC Associates Program, an affiliate advertising program designed to provide a means for us to earn fees by linking to Amazon.com and affiliated sites. © Kids Are A Trip 2020. All Rights Reserved. Design by Alpine Lane
10shares