Dubrovnik, Croatia is one of the most beautiful places in the world to visit, but the crowds can make it unbearable at times. Our recommendation is to visit Dubrovnik early in the morning or in the evening after the tourists leave for the day. By doing this, you give yourself plenty of time for day trips from Dubrovnik, traveling by car or by ferry. On a recent Croatia vacation we used Moon Croatia & Slovenia to narrow down our day trip choices. Here’s what we found to be the best day trips from Dubrovnik. 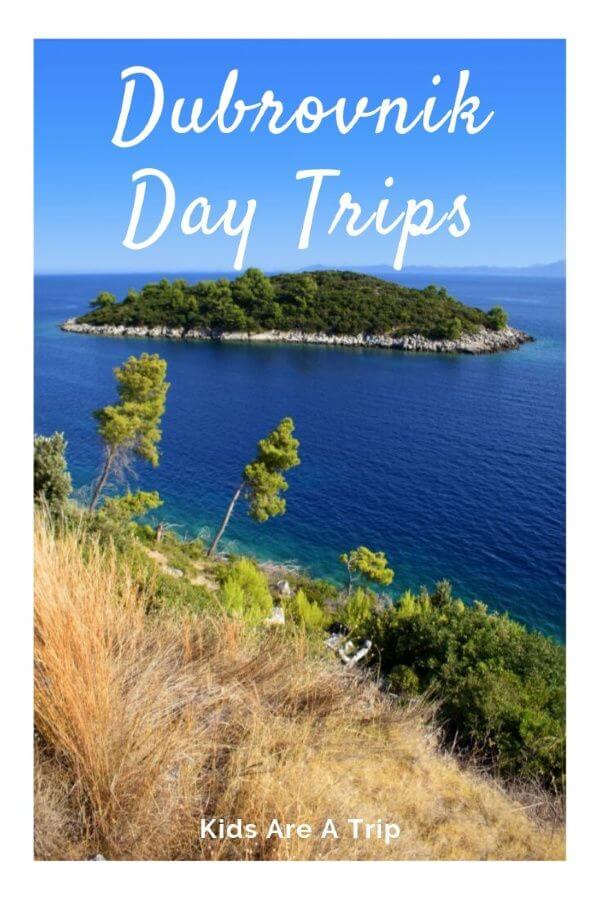 *This post is sponsored by Moon Travel Guidebooks. As always, opinions are 100% our own.

We had all intentions of staying in Dubrovnik and exploring the city, but once I discovered this Moon Travel Guide, I found several new places to explore. The Croatia & Slovenia edition has many helpful features including a Croatian phrasebook, historical background of the area, Dubrovnik weather, and Croatia itinerary ideas. The in depth information really helped me narrow down what we wanted to see and how to plan enough time in each destination.

Lokrum Island is the closest day trip on the list, only a kilometer from the port of Dubrovnik. This forested island is easy to reach via a ferry that runs every 30 minutes out of the Old Town port. The ride itself only takes about 15 minutes. Bring good walking shoes as cars are not allowed on Lokrum, so you will be walking everywhere.

Lokrum is supposedly the island where King Richard the Lionheart was shipwrecked during The Crusades. One of the main attractions on Lokrum island is the Benedictine Monastery, founded in the 11th century, but abandoned at the end of the 18th century. It is now a collection of buildings in various states of ruin. Many visitors come to see the monastery as it was used as a Game of Thrones filming location, and is home to the original Iron Throne. 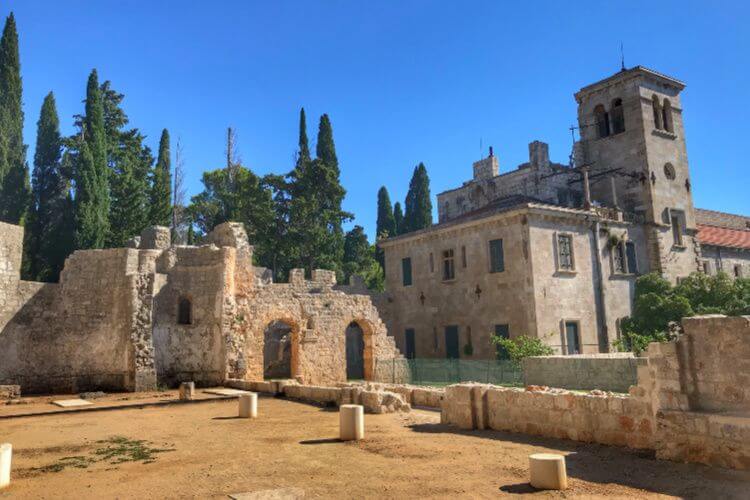 The monastery on Lokrum is worth a visit.

There is a beautiful botanic garden on the island of Lokrum, built by Archduke Maximilian Ferdinand of Habsburg, who also built a summer home here in the mid-19th century. Peacocks and wild rabbits have free run of Lokrum Island and kids and adults will marvel at the sight of these lovely animals. If you are up for a bit of a hike, be sure to visit Fort Royal, built by Napoleon’s troops in 1806, at the island’s highest point. It’s a beautiful stroll through the forest to reach this fortress and take in the views of Dubrovnik.

Be sure to pack your bathing suit when visiting Lokrum Island, as there is a “Dead Sea”, a small salt filled lake for swimming, as well as beaches next to the sea. Pack a picnic or you can purchase lunch at one of the restaurants on Lokrum. It’s easy to get to Lokrum from Dubrovnik, so be sure to plan time for this getaway. 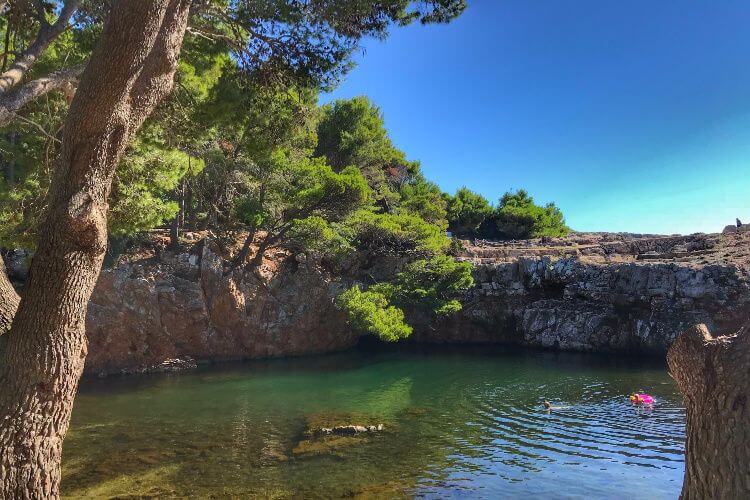 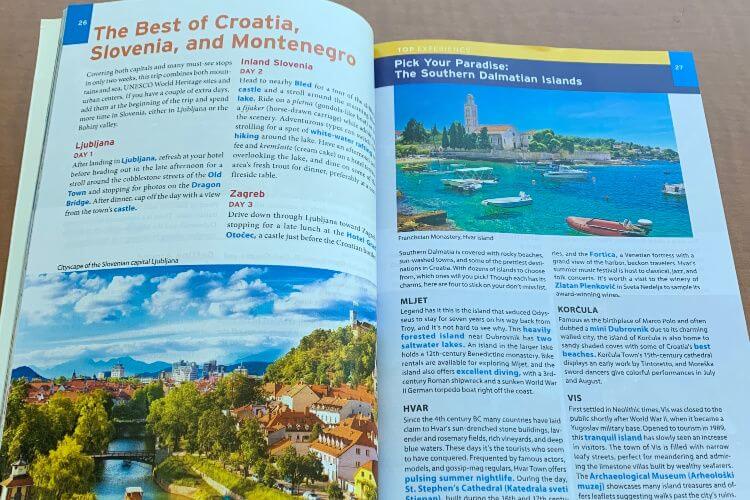 I love the photos and details in this Moon Travel guidebook!

While the walls of Dubrovnik are impressive, I would highly recommend heading to the city of Ston, where the city walls rival those of the Great Wall of China. These walls are the second longest defensive walls in the world, originally measuring 7 kilometers long with 40 defense towers. Today they are 5.5 kilometers long with 20 defense towers, and a walk along these walls is quite different from the walls of Dubrovnik. Walking on the walls takes about an hour and a half to two hours, and provides beautiful views of Ston and Mali Ston. Go early in the morning to avoid the midday heat.

After building up an appetite, head to Konoba Mandrač, a lovely local restaurant with outdoor seating on the harbor. This restaurant is recommended by Moon’s author, Shann Fountain Alipour, but my husband and I also visited, and completely agree with the choice. Don’t miss sampling the local wines, Ston oysters, and fresh fish caught that morning by the owner. Ston is famous for its oyster beds, so don’t miss sampling this delicacy. 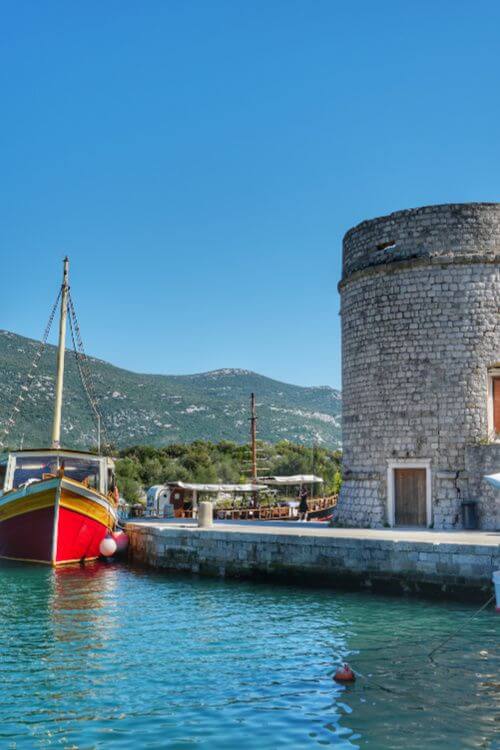 When your bellies are full, take a walk around the town. Head to Solana Ston where you can learn about the tradition of sea salt extraction that dates to Roman times and see the salt pans. Be sure to pick up a bag of sea salt to take home.

It takes about an hour to reach Ston from Dubrovnik by car, and it’s a beautiful drive through the Peljesac Peninsula.

Ston is located on eastern end of the Pelješac Peninsula, so you might want to include this area on your Dubrovnik day trip. This peninsula is heaven for food and wine lovers, so it might be best to book a driver (we recommend Octopus Transfers) if you plan to make a day of touring the vineyards. The Pelješac Peninsula feels off the beaten path and not overrun with tourists, just the way we like it.

Close to Ston, you can stop at Milos Winery, one of the oldest vineyards in this region (operated by the same family for 500 years), and experience a tour and sampling of their wine and olive oil. In Trstenik, don’t miss Grgić winery, the Croatian extension of Grgich Hills vineyard in Napa. The owner, Mike Grgić founded this vineyard in the 1990s, and it is famous for its Plavac Mali wine, so be sure to sample it. If you want to continue on and visit other Peljesac Peninsula vineyards, follow the signs for the wine route (well marked) along the peninsula’s main road.

Another place to visit on the peninsula is the town of Orebić with its Franciscan monastery, relaxing beaches, and beautiful views from Mount Ilija. It’s also the place to catch the ferry to Korčula (more on that later). Quite possibly the best experience on the Peljesac Peninsula is just a slow drive through the vineyards and small towns. Time moves slower here, and that’s not a bad thing. 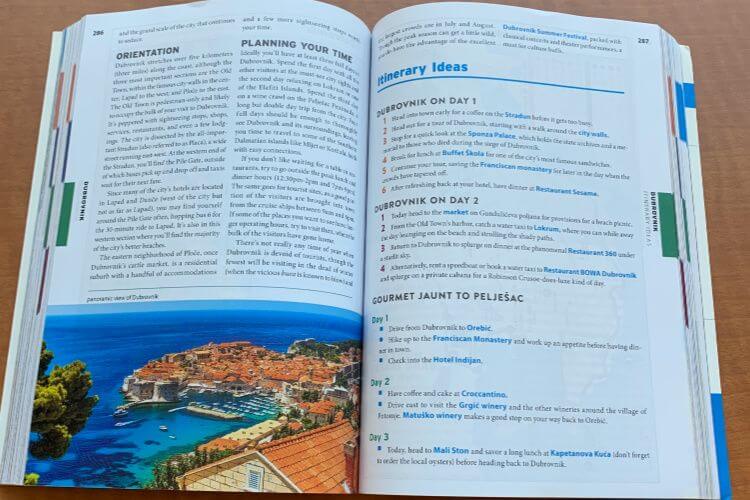 The Moon Croatia and Slovenia travel guidebook has tons of itinerary ideas!

Korčula is the birthplace of Marco Polo and its Old Town is often referred to as “Little Dubrovnik”, making it quite an attractive destination for a day trip from Dubrovnik. It is easy to take the ferry from Dubrovnik to Korcula as the ride takes less than two hours.

Korcula Town is the main stopping point for day trippers. The town is very similar to Dubrovnik with its town walls, towers, gates, and red roofed buildings. Don’t miss Marco Polo’s house, St. Mark’s Cathedral, the Abbey Treasury, and the Town Museum (detailing the history of Korčula). Wander through the town squares and enjoy the traditional seafood dishes on the outdoor terraces, followed by delicious local pastries like the Marko Polo bombica or the walnut klašun.

Other places to explore on the island of Korčula include Lumbarda (think beautiful beaches) and Vela Luka (a limestone cave that dates to 18,000 BC). 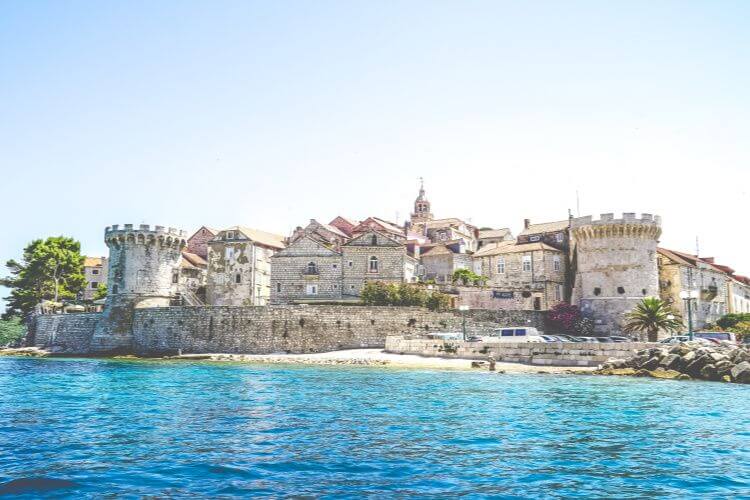 The Elafiti Islands (also known as the Elaphite Islands) is a chain of six islands, but tourists typically visit the three main ones. The ferry ride from Dubrovnik takes anywhere from a half hour to an hour and fifteen minutes, depending on which island you visit.

Koločep is small and tranquil, and car free, the perfect place for a day out. The island is covered with pine trees, vineyards, and olive groves. Take a boat or kayak to the Blue Cave for a swim or visit the island’s churches, dating to the 9th century.

Lopud is the liveliest of the Elafiti Islands. Here you will find the ruins of Miho Pracat’s villa, a 16th century merchant who gave large mounts of money to the poor people of Dubrovnik, and the ruins of Fort Spanjol which dates to the 17th century. Close to the port is a Franciscan monastery from the 15th century that was lovingly restored, and now functions as a gallery space and art museum. Make time for Uvala Sunj, the best beach on Lopud. Lopud is also car free so bring your walking shoes.

Šipan is the largest of the islands, and cars are allowed (although it won’t feel crowded). Many of Dubrovnik’s wealthy citizens built their summer homes on Šipan, and several of those remain on the island today, as well as dozens of churches (some dating to the 11th century). The island’s main draw are its beautiful beaches, and you’ll find them along both sides of the harbor.

And if you want to take a tour of all three islands, there are many Dubrovnik boat trips to the Elafiti Islands and the other islands off the coast.

Yes, you can access Mostar from Dubrovnik, the drive is about 2.5 hours by bus or car. We would highly recommend taking the trip, to see a country that is so different from the other Balkan nations. We used Octopus Transfers to drive us from Split to Mostar to Dubrovnik, and spent about four hours exploring Mostar.

Upon arrival, you will instantly notice how different this city is from its Croatian neighbors. This is a town that was devastated by war in the early 1990s. The city’s famous bridge, Stari Most, was destroyed by Croatian forces in 1993, but has since been rebuilt. To reach the bridge, you must travel through the old bazaar, a car free area, with people selling everything from rugs to clothing to jewelry. It’s something that’s difficult to put into words, but it’s definitely a memorable experience seeing the different cultures that co-exist in this town. One side of the bridge is the Muslims and the other is the Catholic Croats. There’s an invisible line that divides the two, but you definitely feel something.

Don’t miss watching the divers who jump off the Mostar bridge into the Neretva river below or Koski Mehmed Pasha Mosque, built in 1618, with a minaret that provides stunning views of the city and the river. Stop at National Restaurant Cevabdzinica Tima – Irma close to Stari Most to try typical Bosnian food. We recommend the traditional meat platter with Ajvar (a red pepper and eggplant chutney), homemade pita bread, baklava, and Turkish coffee to finish off the perfect Bosnian meal. 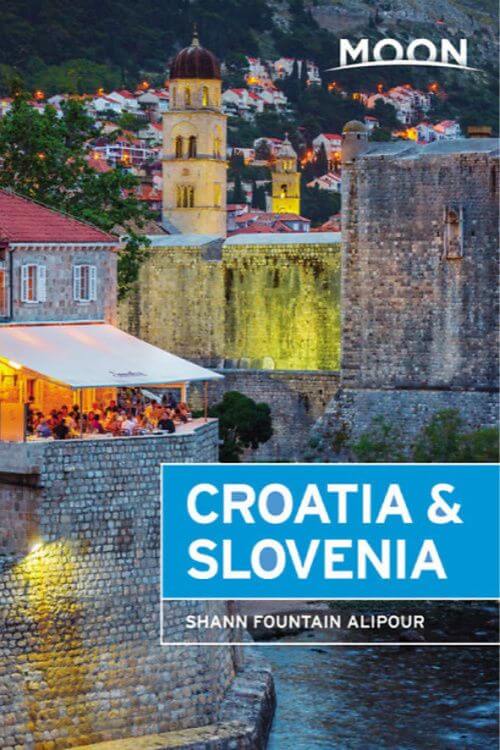 Looking for more Croatia content? Don’t miss the best things to do in Dubrovnik and what not to miss in Plitvice National Park! 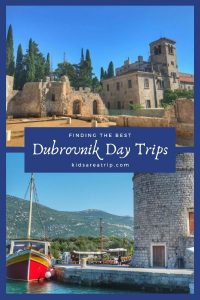 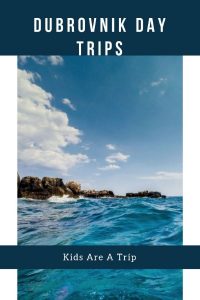